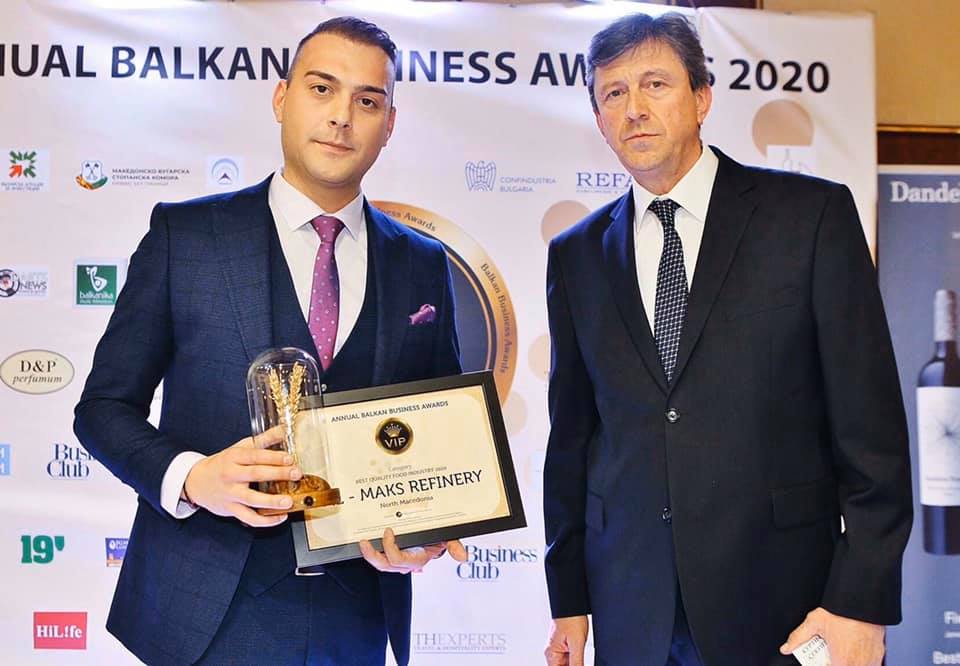 The “AL-MAKS” oil refinery is among the Balkan business leaders, and the refinery was selected at the Balkan Business Oscar awards “Zlatno klasje 2020”. Businessmen from the Balkans have chosen the leader of the Macedonian food industry, the company “AL-MAKS” as the finalist at the sixth edition of the prestigious Balkan Business Oscar “Zlatno klasje 2020”, held at the “Marinela” Hotel in Sofia, Bulgaria. This is just one more award in a series of awards for the quality of the “AL-MAKS” refinery with the oil Biser, whose quality during these 22 years of existence is always at the highest level. 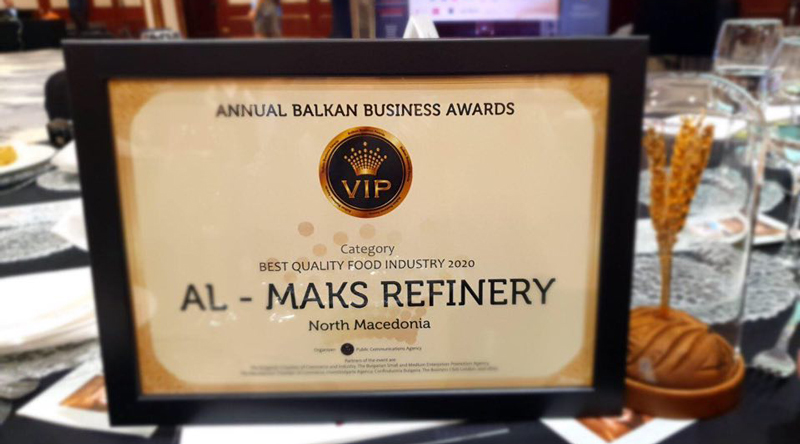 The award was received on behalf of “AL-MAKS” by the young manager of this company, Nasko Pishev, who emphasized the 22 years of existence of the refinery for production of cooking oil, in his speech.

“This award for quality in the food industry in the Balkans will be a great motivation and incentive for us to continue working and developing for many years to come, and for the commitment of all employees of the company in monitoring and promoting high quality standards,” – said Pishev. 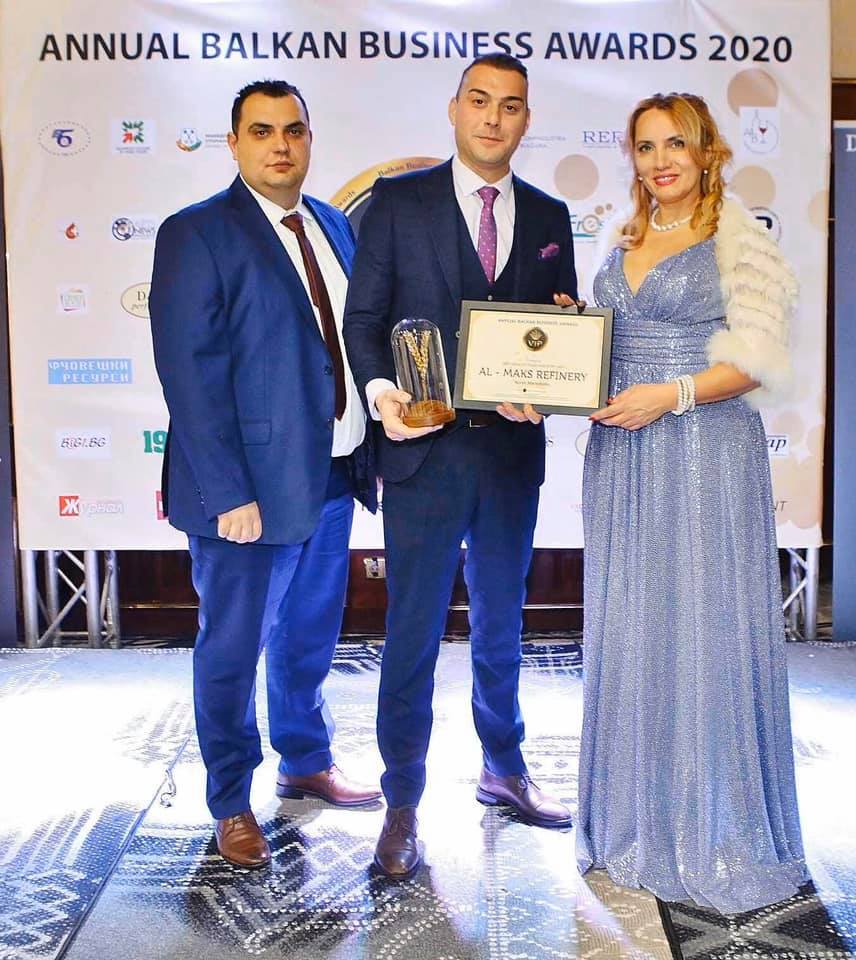 “AL-MAKS” from Strumica is the only manufacturer of high-quality sunflower oil from the brand “Biser”. The company was established in Strumica in the year 1997, and the construction of the refinery for production of cooking oil was completed towards the end of the year 1998. The refinery is situated in an area of 25.000 m2, and except in Macedonia, its brand “Biser” and the product is placed on the markets in many countries in the region and beyond.

The successes of “AL-MAKS” throughout the years have been noticed by the Municipality of Strumica, which has awarded the company the Annual Award “Sveti Petnaeset” on two occasions, which is the highest municipal award for special results and success in the field of economics.

previous
Blood donation campaign under the auspices of "AL-MAKS"

This website uses cookies to improve your experience while you navigate through the website. Out of these, the cookies that are categorized as necessary are stored on your browser as they are essential for the working of basic functionalities of the website. We also use third-party cookies that help us analyze and understand how you use this website. These cookies will be stored in your browser only with your consent. You also have the option to opt-out of these cookies. But opting out of some of these cookies may affect your browsing experience.
SAVE & ACCEPT